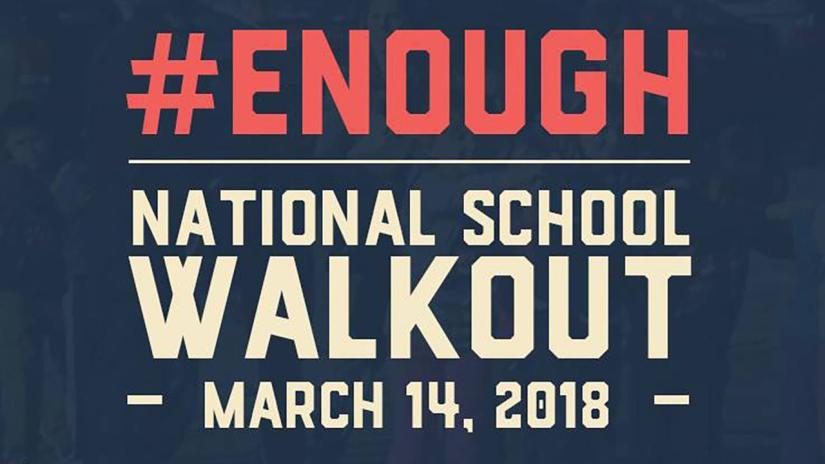 I had another article I was going to post today, but at noon I left my home office and drove to our neighborhood Starbucks for my birthday freebie.  While waiting for my drink to be made I stood by the newspaper stand.  The pictures of students protesting on the front page of the WSJ  caught my attention.  I bought the newspaper, grabbed my drink, and returned home.

I wrote a piece that addressed the Florida massacre back in February (“To Change Reality-Change the Story P3”).  I knew then this story was just unfolding and the story would gain momentum, and it has.   As of today,  the story is far from dying out, it was front page news on the Wall Street Journal, “Students Protest Gun Violence.”

Since the Douglas High School massacre, suggestions on how to deal with gun violence in schools has been discussed from arming teachers to passing a Stop School Violence Act.  I’m an educator, and have worked for 25 years in high schools.  As far as arming teachers, let’s just say, there are some teachers I wouldn’t want to see armed.  No, arming teachers is moving in the wrong direction.  There have been mass killings in churches, what would you say to a pastor or deacon holstering a gun?

On the other hand, increasing the age, or making it harder to purchase a gun, is not the answer either. Cigarette Laws were passed to increase the age from 16 to 18, and now many state laws have 21 as the legal age to purchase a pack of cigarettes.  Under age children still are able to get a hold of a pack of smokes.

Increasing the price of guns won’t help.  When I was a kid, cigarettes cost .25 cents a pack.  Today a pack of cigarettes varies with Los Angeles and New York state pricing their smokes at around $4.35 a pack.  The laws and costs won’t detour smokers.  You must get rid of the product.

This is where the students have focused their movement on—removing the weapons.  According to the Wall Street article, “the students are demanding the ban on semiautomatic rifles and high-capacity magazines, and the expansion of background checks to all gun sales.”

Interesting enough, this was a similar argument used back in 1929.  Except the gun that the public wanted removed was the Thompson Submachine gun, and in 1934, the United States government enacted the National Firearms Act of 1934.  This made the sale of The Thompson Submachine Gun illegal for public sale, but could still be sold to the military.

The old adage, “Children should be seen and not heard,” is being shoved aside.  These are our future citizens and they are already becoming involved in our political process, and their voice is coming through Social Media as the tool for change, and it’s working.  The last generation to do this were the Baby Boomers, who became activists and politically active with everything from Civil Rights to United States involvement in Vietnam.  We kids couldn’t vote back then either!