In my junior high years, I loved collecting, trading and reading comics.  As kids, we brought our comics to school where all kinds of deals were made for the right story.  But, it was in my last year of junior high when my cousin Joel visited me with a special gift—a book.  He told me that as much as comics were fun to read he thought it was time for me to expand my vocabulary and world while reading science fiction. 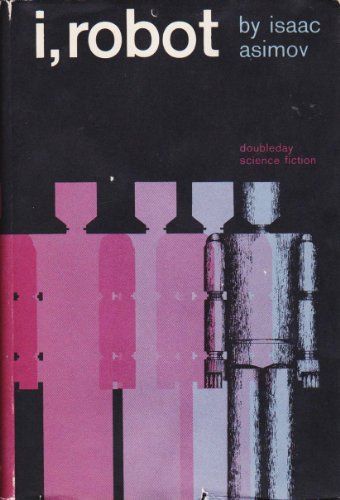 My first book from him, “I, Robot,” a 1950 first edition.  This series was made up of nine stories which I savored every evening.  So popular was Isaac Asimov’s robot stories I continued reading them to Asimov’s passing.  I still have that original “I, Robot” book in my collection.

In more modern times, I have enjoyed stories from James Clavell, Michael Crichton, and Dan Brown.  These authors have a genius for weaving a network of stories into one complete story.  Nested-loop stories are the second classical genres I will be sharing with you today.

I saw Julie Heffernan’s artwork called, “The Scout III” (above) and asked permission to include it in this blog.  She asked me what I saw?  I told her, it reminded me of a storyteller who is creating a nested loop of stories within stories.  She agreed and granted me permission to display her artwork—which I’m most grateful for.

Speakers who perform nested-loop stories, like Simon Sinek’s Ted Talk, have the ability to explain a process while inspiring an audience.  The use of analogies and metaphors are also key in stimulating visual imagery for better understanding and comprehension.  In the end, the authors impart not only knowledge but wisdom, which the listener can pass on to others.  Check out James Burke’s, “The Day the Universe Changed,” and “Connections.”

The nested-loop works like this.  You place your most important story (thought, concept, or idea) in the center and use stories at the beginning to draw your listener in.  The last story finishes the first story and ties in the center story into one neat package.

We find a good analogy of a nested-loop in the story of the “Godfather II.”  The story opens with young Vito Corieone witnessing the murder of his father, mother, and brother.  The center of the story covers the boy’s growth into manhood, where he becomes prosperous as both a businessman and a godfather. It ends with the beginning of the story as Vito returns to Sicily to take revenge on his family’s murderer.

Now it’s time for me to end this article, but I need to end it like a nested-loop, somehow bringing the beginning topic of comics through the middle and tying it at the end.  How?  How about—Stan Lee!

Stan Lee is known as the godfather of comics.   Stan Lee’s stories have moved from comics to television, to the silver screen; from movies to the game industry, now to online. Now that’s a real 3D nested-loop!